I found an old children's lamp on a fleamarket in France a while ago, and after removing the original embroidered cotton shade, was left with a simple box shaped frame. I decided to make 4 panels of felt to cover it, rather than a long piece to wrap round, as I was concerned about keeping it straight. 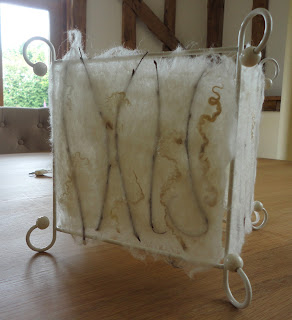 The panels are made of just two fairly thin layers of natural cream merino, to keep it translucent. Between the 2 layers I sandwiched some thin birch twigs from the garden. I added a few natural wool curly locks as a final decoration. I felted this gently, with just a little fulling, until the panels were firm and strong enough. 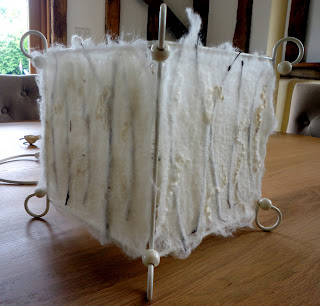 After drying, I stitched the panels onto the frame using invisible nylon thread. Much the worst part - I hate sewing with this stuff as it constantly slips out of the needle! 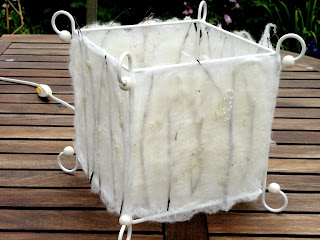 I like the delicate natural, translucent quality of the shade, and it looks particularly good when lit up. 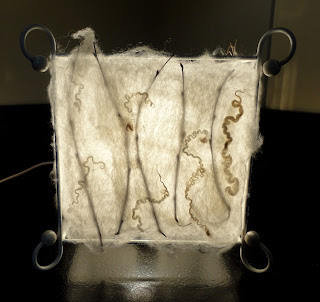 Sometimes I think that the best felt is in natural colours, with natural found objects incorporated. A memory perhaps of when it was on the back of a sheep, with twigs caught in it! 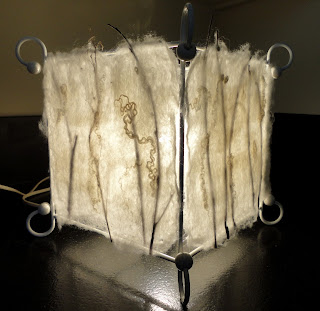 Blogs that inspire me